The Mapex Heavy Rock kit - Kontakt 5 Pack is released The... 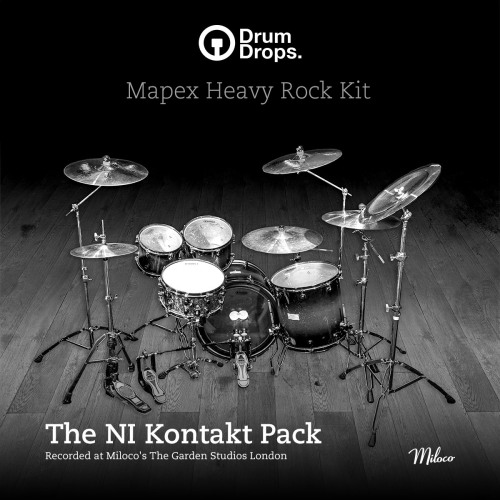 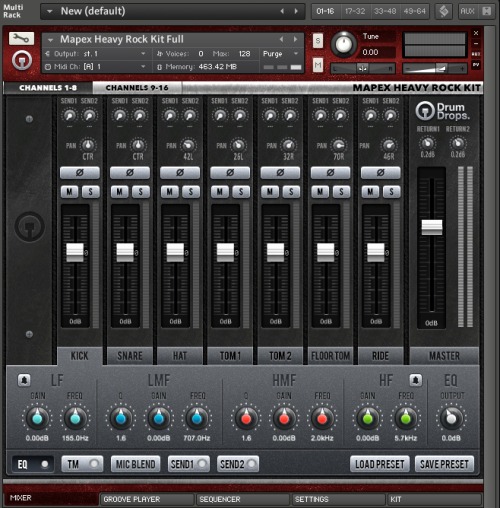 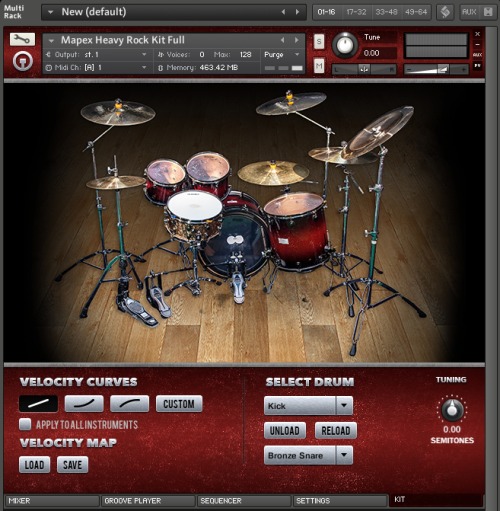 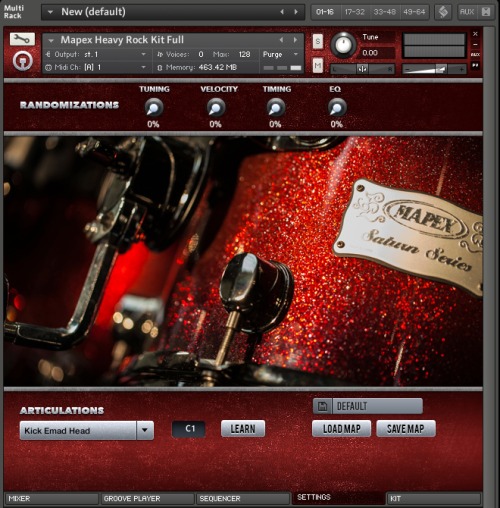 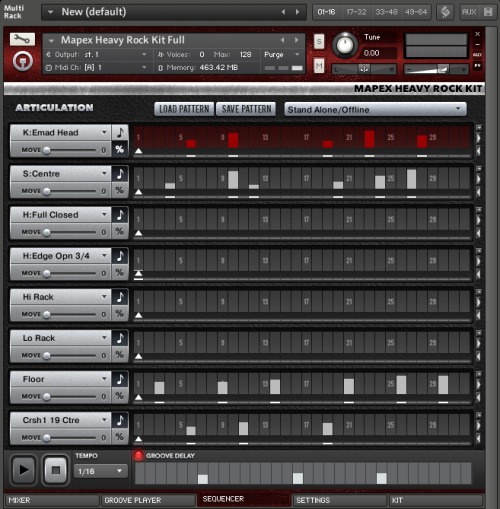 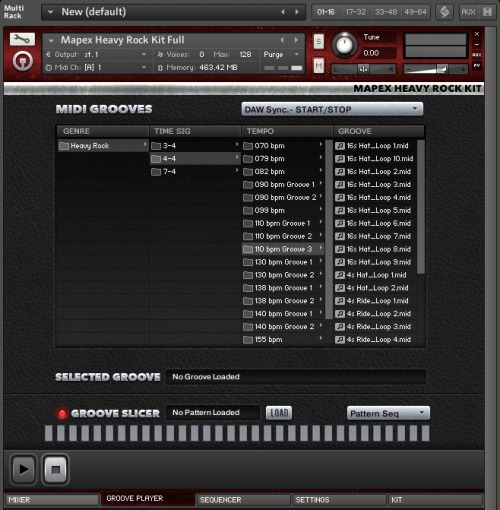 We have added a number of key new features including:-

Groove Player - There are 458 Heavy Rock loops in total that are included in the MIDI Groove Player played by Jason Bowld and covering a range of time signatures and tempos.

Step Sequencer - The sequencer has eight channels allowing any eight of the articulations of the Mapex Kit to be selected and played. The sequencer contains 32 steps for each channel.

Groove Slicer – The Groove Slicer cuts each MIDI groove into thirty-two sections. These sections can then be played back in a different order to the original depending on which of the three modes are selected.

Other key features included are:

* A 9 channel mixer. Each channel comes with a Mute, Solo, Phase Reverse and 2 Aux sends.

* The ability to change the velocity curve and tuning of each drum (great for V-kits).

* Randomise the tuning, velocity, EQ and timing for added realism.

* 4 band EQ and Transient Master included on each channel.

* A buss compressor and Tape saturator on the mix buss.

* Ability to route each channel to your DAW.

* Multiple mix presets included mixed by a variety of engineers and producers.

* A full version and lite version for use on laptops.

Share:
A walk through guide of the... Drumdrops Teams Up With Bed...