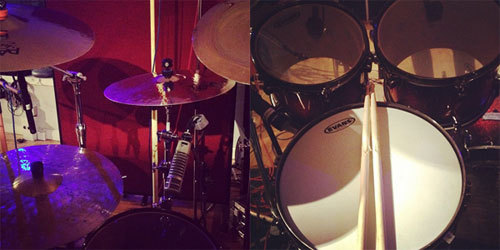 On the build up to the next Drumdrops album release, ‘Heavy Rock Drops’, we have posted a preview of one of the tracks on Soundcloud, which can be downloaded from there.

'Heavy Rock Drops’ is due out in November and features 19 heavy rock drum tracks performed by Jason Bowld (This Is Menace, Bullet For My Valentine, Fightstar, Pitchshifter, Pop Will Eat Itself), and recorded and mixed by Martyn 'Ginge’ Ford (BFMV, Trivium). It will be released in three formats - full multi-tracks with Pro Tools files, a Stems mix pack with full mixes of the drums, and a selection of drum loops taken from each track.

To receive this drum track as a multi-track register at drumdrops.com and when the album is released next month we will deposit the multi-track in your account..